What is Compound Interest?

Compound Interest is the incremental interest earned on the original principal (or deposit amount) and the accrued interest from prior periods.

How to Calculate Compound Interest

The notion of compound interest can be described as earning “interest on interest.”

Compound interest stems from growth in the principal amount from the accumulation of interest, resulting in more interest being received (i.e. “interest on interest”).

The accumulated interest is added to the principal amount, which subsequently determines the interest amount in the next period in a continuous cycle until the end of the term.

Therefore, even with a low-interest rate, the effects of compounding can cause the principal to grow substantially over a long time horizon.

Compounding is a central piece of the decision-making process by investors, borrowers, and lenders.

The rate at which compound interest accumulates is a function of the frequency of compounding periods.

The formula for calculating the future value of an interest-earning financial instrument with the effects of compound interest is shown below:

The number of compounding periods is equal to the term in years multiplied by the corresponding factor.

If we subtract the present value (PV) from the future value (FV), the impact of compound interest can be isolated.

Compound interest is based on the principal amount plus any accrued interest.

In each compounding period, the interest accrued in the previous period is rolled-forward into the current period and increases the principal amount.

By contrast, the accumulated interest is not added to the principal in simple interest calculations.

Instead, simple interest is calculated off of the original principal amount.

For our illustrative example, let’s say that you deposited $100,000 into a bank account.

If we assume the annual interest rate (r) is 5% and the deposit was left untouched for 10 years, how much the original $100,000 is worth in the future is determined by the compounding frequency.

The “FV” Excel function can be used to calculate how much your $100,000 deposit is now worth after 10 years.

Since the $100,000 was an outflow from your perspective (i.e. an investment), it should be entered as a negative figure. 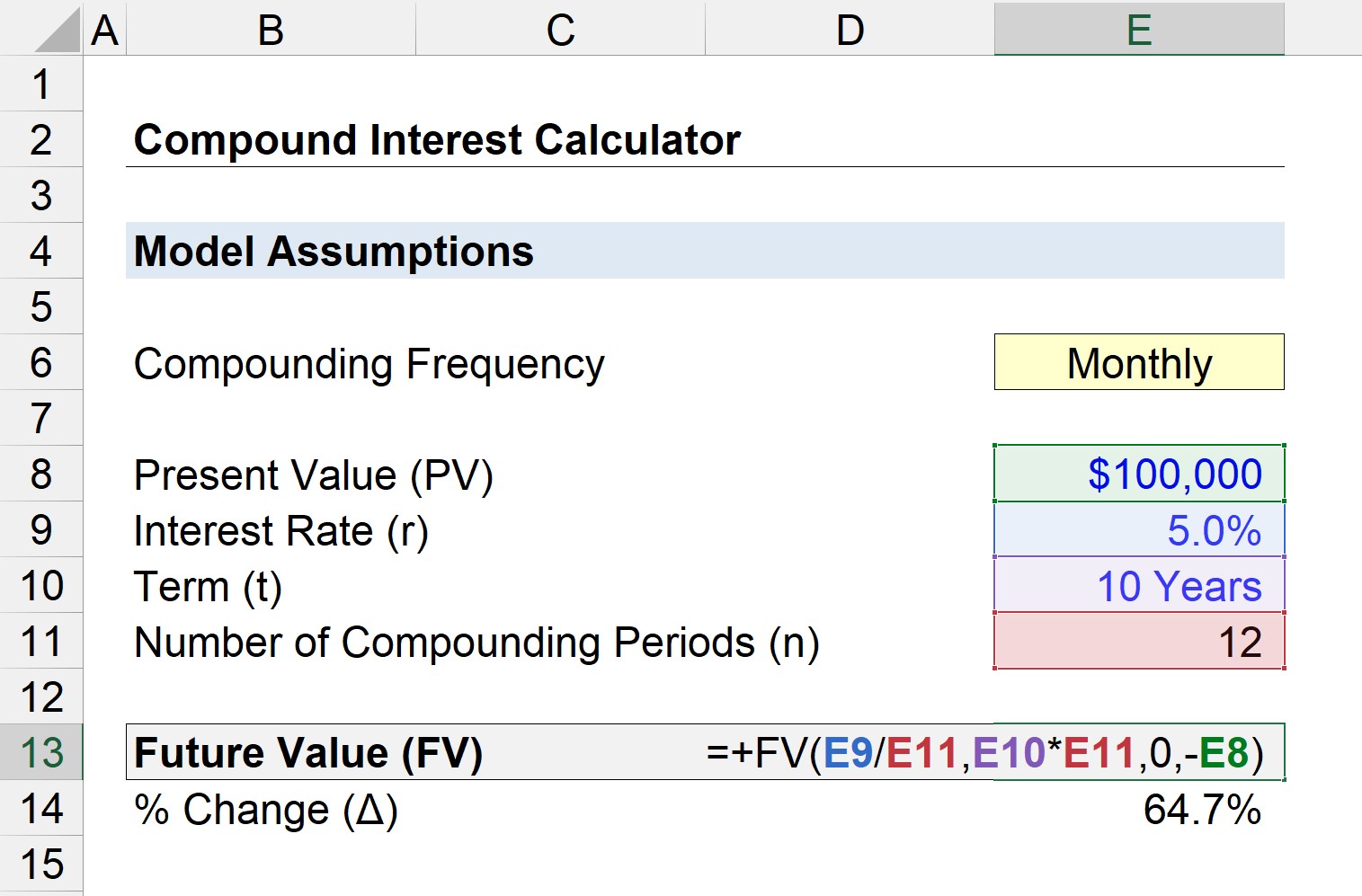 Under each scenario, the future value (FV) of the $100,000 deposit and the percentage change compared to the original value is shown below:

The deposit earns the difference between the future value (FV) and present value (PV). 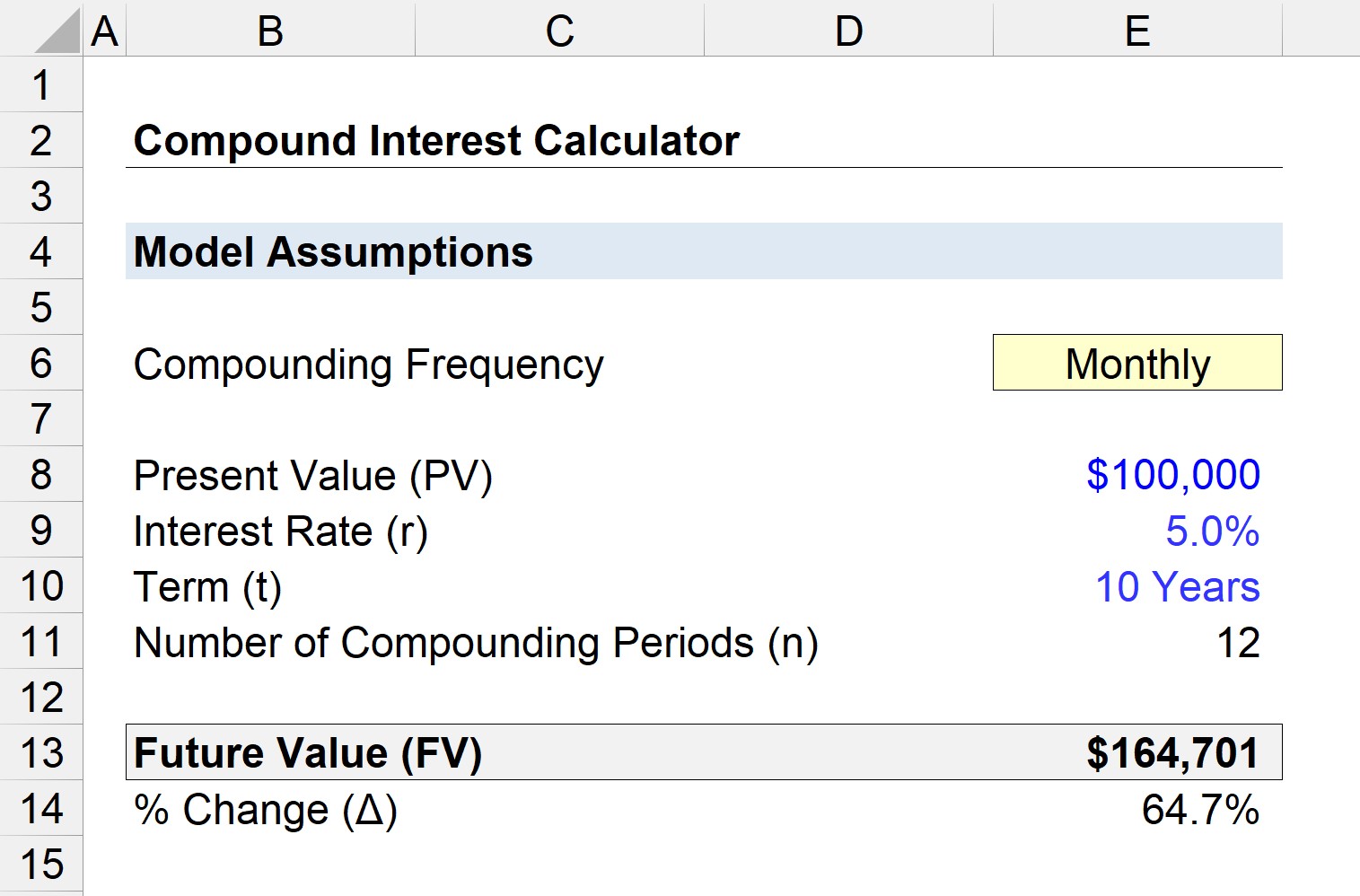