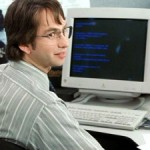 I always mess up some mundane detail

Apparently, an internal JP Morgan report attributes part of the reason for the London Whale’s massive trading losses to errors in the financial model used to calculate the risks associated with the trades.

Specifically, the model “operated through a series of Excel spreadsheets, which had to be completed manually, by a process of copying and pasting data from one spreadsheet to another.”

This is a well known no-no to anyone who has completed a Wall Street Prep program.   Here’s another gem of an error:

“After subtracting the old rate from the new rate, the spreadsheet divided by their sum instead of their average, as the modeler had intended. This error likely had the effect of muting volatility by a factor of two and of lowering the VaR . . .”