How contingent consideration and earnouts are structured in acquisitions 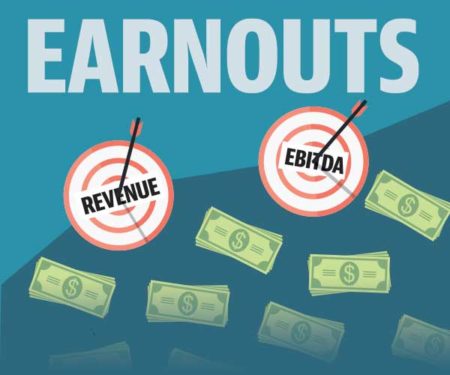 This will all be yours. Maybe.

What is an Earnout?

An earnout, formally called a contingent consideration, is a mechanism used in M&A whereby, in addition to an upfront payment, future payments are promised to the seller upon the achievement of specific milestones (i.e. achieving specific EBITDA targets). The purpose of the earnout is to bridge the valuation gap between what a target seeks in total consideration and what a buyer is willing to pay.

Earnouts are payments to the target that are contingent on satisfying post-deal milestones, most commonly the target achieving certain revenue and EBITDA targets. Earnouts can also be structured around the achievement of non-financial milestones such as winning FDA approval or winning new customers.

A 2017 study conducted by SRS Acquiom looked at 795 private-target transactions and observed:

There are two reasons for this:

The prevalence of earnouts also depends on the industry. For example, earnouts were included in 71% of private-target bio pharmaceutical deals and 68% of medical device deals transactions transactions2. The high usage of earnouts in these two industries in not surprising since the company value can be quite dependent on milestones related to success of trials, FDA approval, etc.

Sanofi’s 2011 acquisition of Genzyme illustrates how earnouts can help parties reach agreement on valuation issues. On February 16, 2011, Sanofi announced it would acquire Genzyme. During negotiations, Sanofi was unconvinced of Genzyme’s claims that prior production issues around several of its drugs had been fully resolved, and that a new drug in the pipeline was going to be as successful as advertised. Both parties bridged this valuation gap as follows:

In the Genyzme deal announcement press release (filed as an 8K the same day), all the specific milestones required to achieve the earnout were identified and included:

1 Source: EPutting your money where your moth is: The Performance of Earnouts in Corporate Acquisitions, Brian JM Quinn, University of Cincinnati Law Review

How do you account for an earnout writedown? Assuming the acquired company misses its goals, the parent revises the value of a $100M earnout down 25% ($25M), I would imagine the following entries: IS -25 in liability NI +25 CFS NI +25 – earnout +25 change in cash: no change… Read more »