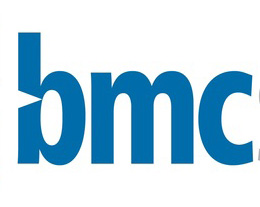 In our LBO courses, our students learn that private equity investors have 3 strategies that they can deploy to exit their investments – 1) sell the investment company to a strategic or financial acquirer; 2) take the company public; or 3) recapitalize their investment, which involves paying themselves a dividend and financing it via newly borrowed debt. Bain Group’s recent decision on its BMC investment is a good example of this recapitalization strategy.

The Bain Capital LLC consortium that bought BMC Software Inc. in a $6.7 billion September leveraged buyout is wasting no time extracting cash from the computer-network software maker after sales declined.

The proceeds from a $750 million junk-bond sale this week will be used to pay BMC’s owners a dividend, enabling them to recover 60 percent of the capital they contributed to purchase the Houston-based company seven months ago. By contrast, the average payout to private-equity funds created as far back as 2007 is less than 50 percent, according to Seattle-based data provider PitchBook Data Inc.

Debt at the company whose programs run corporate computer networks is rising to more than 7 times cash flow with the new bonds, compared with 1.3 times at similar companies, while it restructures to respond to what Moody’s Investors Service calculated as a 4.5 percent sales decline in calendar 2013. BMC was able to increase its bond sale by 50 percent even after Moody’s cut its credit rating as the Federal Reserve’s record-low interest rates feed demand for high-yield corporate debt

“The equity sponsors are reaping a pretty large dividend pretty quickly,” Nikhill Patel, a Chicago-based credit analyst on the trading desk at William Blair & Co., which manages more than $70 billion in assets, said in an April 9 telephone interview. “Growth remains challenged because of the competition in the market. A company of this size having so much debt is concerning.”

The $750 million of debentures, which were increased from an initially planned $500 million, are being issued at the holding company level and are subordinate to debt of its units, according to an April 8 report from Standard & Poor’s.

“We do not believe issuing this dividend will have any material impact on the company’s operations or financial stability,” Mark Stouse, a spokesman for BMC, said in an e-mail. “BMC is a growing and solidly profitable company with a stable business model that continues to generate strong cash flow.”

Moody’s rated the new debt Caa2, eight levels below investment grade. Debentures rated that poorly are subject to very high credit risk and considered to be of poor standing, according to the company’s definitions. S&P has a CCC+ grade on the notes, one step higher.

The new notes come due in October 2019 and offer a 9 percent coupon. BMC may make interest payments by issuing additional debt if cash at the Houston-based company falls below a certain level, according to a preliminary bond prospectus.

The securities become callable within a year at a 2 percent premium to face value. An analysis of high-yield U.S. dollar bonds sold this year indicate an average call price of 103.37 cents with more than 80 percent of the notes having their first call date in 2016 and beyond, Bloomberg data show. The call premium on the 9 percent notes drops to 1 cent on the dollar by 2016.

“They’re exchanging a higher coupon for flexibility down the road,” Marc Gross, a money manager at RS Investments in New York, said in a telephone interview. “If they want to sell the company or IPO the company, no matter what they want, they don’t want to be stuck in higher-yielding debt.”

The contingent cash pay notes, which were sold at 99.5 cents this week, traded at 99.625 cents to yield 9.1 percent, according to Trace, the bond-price reporting service of the Financial Industry Regulatory Authority.

The buyout group, which includes Golden Gate Capital, GIC Special Investments Pte. and Insight Venture Partners LLC in addition to Bain, contributed about 18 percent in equity, or about $1.25 billion, with a majority of the deal funded by new borrowings, according to PitchBook. The software maker had begun soliciting bids after activist investor Paul Singer’s Elliott Management Corp. revealed a stake in May 2012.

The company’s outstanding loans and bonds climbed to more than $6 billion at the completion of the transaction from $1.3 billion with leverage of 1.9 times before the purchase, Bloomberg data show.

Of the $271 billion raised by private-equity funds with a vintage year of 2007, an average of 48 percent has been returned to investors, according to PitchBook. The return percentage drops for funds created in every subsequent year, the data show. A vintage year is the year when a fund held its final close or began making investments.

BMC was formed in 1980, taking its name from the initials of founders Scott Boulett, John Moores and Dan Cloer, according to business historian Hoover’s Inc. It started out providing services to improve communications among International Business Machines Corp. databases.

Free cash flow will reach $805 million to $815 million, up from $730 million in the prior fiscal year, the prospectus showed. Free cash is money available to pay down debt, to reward shareholders with dividends and buybacks, and to reinvest in the business.

The company sells software that manages fleets of computer servers and mainframes, configuring new machines and applying updates to older ones. One of BMC’s main divisions makes software for managing server networks and the other is focused on mainframe products. Another business is cloud computing, which uses the Internet to connect users to their applications and data.

“Mainframe computing is not growing by leaps and bounds,” Anurag Rana, a Bloomberg Industries analyst in Skillman, New Jersey, said in a telephone interview. “It’s all going to the cloud.”

“We will continue to invest in our product portfolio, and to refresh our offerings with transformational new releases and strategic additions,” BMC’s Stouse wrote.

The average ratio of debt to earnings before interest, taxes, depreciation and amortization of BMC’s main publicly traded competitors is about 1.29 times, Bloomberg data show. The peers identified by BMC in its prospectus include IBM, Computer Associates Inc. and Microsoft Corp.

“The business is stable and not like it’s headed toward any bankruptcy,” William Blair’s Patel said. “But paying the interest associated with the debt becomes worrying. You also have to wonder how they are going to refinance these going into the future when rates rise.”