Shortcuts to Quickly Send Backward and Bring Forward in PowerPoint

What is Send Backward and Bring Forward?

Is there a way to shortcut the Send Backward and Bring Forward commands?

You bet there is!

To see what the shortcuts are and why I personally DO NOT use them (and what I use instead), watch the short video below.

To learn all of the best PowerPoint shortcuts and tricks for Investment Bankers and Consultants who want to rapidly advance their careers by mastering PowerPoint, check out my PowerPoint Crash Course.

Everything in PowerPoint exists on a layer, based on when the object was placed on your slide. Each object you place is added to the top and is therefore one layer higher than all of the other objects currently on your slide.

There are times when you want to change the layering order of the elements on your slide. To move an object up a layer or down a layer, simply hit:

While these are great shortcuts, they’re quite limited in that they only allow you to move an object one layer at a time.

On slide layouts with lots of objects, you have to hit these shortcuts numerous times to walk your object backward or forward enough layers to get it where you want it.

In the picture above – moving left to right – I am using the Ctrl + Shift + [ shortcut to walk the blue rectangle backwards one layer at a time.

Each time I hit the shortcut, sending the blue rectangle back another layer, another one of the white rectangles moves forward.\

What is Better than Send Backward and Bring Forward?

A better command for rearranging object layering when you have lots of objects on your slide is the Send to Back and Bring to Front commands in the Arrange dropdown menu.

In our example above, if you choose to Send to Back, you can push the blue rectangle all the way to the back in one go. Bring to Front does the reverse.

But don’t worry! There is still a very easy way to access these commands, and I’ll show you exactly how in the next article (using the QAT).

So that’s how the Send Backward and Bring Forward shortcuts work, and why I recommend setting yourself up to get quick access to the Send to Back and Bring to Front shortcuts, as I discuss in my PowerPoint Crash Course.

In the next article, I will show you my recommended QAT setup for Investment Bankers and Consultants who want to be really fast in PowerPoint. Plus, I’ll show you the exact order in which I recommend arranging the commands.

In the next lesson I’ll show you my Recommended QAT Guide Shortcuts for Investment Bankers. 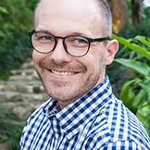 By Taylor Croonquist
I’ve had millions of dollars of funding riding on PowerPoint pitch books and proposals that needed to be perfect, and I was sick of working on them until 3AM in the morning only to have a boss or client decide to change 90% of it when they reviewed it the next morning. So I geeked out on PowerPoint: I joined groups, bought books, went to conferences and worked backwards through everything I thought I knew. I took the most time intensive tasks that waste your time and figured out how to get PowerPoint to do them for you. After more than a decade of pursuing PowerPoint proficiency, I’m excited to teach it to you!
Share this
Most Popular
Comments
0 Comments
Inline Feedbacks
View all comments
Please check your email. 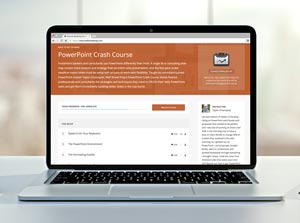 Strategies and techniques for building better pitchbooks, client decks and other presentations with precision and speed.