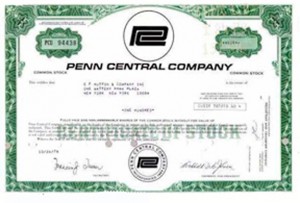 Q: I was just told that it is common in the software industry to exclude stock-based compensation (SBC) expense from earnings per share (EPS), effectively treating it as a non-recurring item. I understand that stock based compensation is a non cash expense but so is depreciation and we don’t remove depreciation from EPS.  So what’s the rationale?

A: Stock options and restricted stock are a form of employee compensation and a transfer of value from the current equity owners to employees.  Employees certainly prefer a salary of $50,000 + options over a salary of $50,000 with no stock options.  It is thus clear that when companies issue stock based compensation, this transfer of value needs to be captured somehow but the question is how?

Stock based compensation expense belongs on the income statement

Prior to 2006, FASB’s view on this issue was that companies can ignore recognizing issuing stock based compensation as an expense on the income statement as long as exercise price is at or above current share price (restricted stock and in the money options had to be recognized but at the money options became common partly because they could stay off the income statement).

This was controversial because it clearly violated the accrual concept of the income statement.  That’s because even if a Google employee received Google options that are exactly at the current share price, these options are still valuable because they have “potential” value (i.e. if Google’s share price rises, the options become valuable). Until 2006 FASB’s view on this was “that value is difficult to quantify, so companies are allowed to keep it off the income statement.”

However, starting in 2006, FASB changed their mind on this and essentially said “actually, you really should need to recognize an expense lust like cash compensation on the income statement. And you should do this by using an options pricing model to value the options.” Since 2006, there is now an incremental operating expense that captures. Current period GAAP net income is lower because of this expense. Learn more about the accounting for stock based compensation here.

This is consistent with accrual and makes complete sense if your goal is to put together an accrual based income statement.  Think of it this way – imagine two technology companies, identical in every way, except one decided this year to start hiring better engineers. Instead of mid-tier engineers that both companies have attracted to date, one of the two companies decided to start hiring top-tier employees. The plan for attracting and recruiting the higher caliber talent involved sweetening salaries with stock options to new comp packages.  The company hopes that better engineers will improve their products and thus grow the company’s market share and competitive position in the future. You’re giving employees better wages now – even if it isn’t in cash and your accrual based net income should be lower as a result.

And yet still, analysts often exclude it when calculating EPS.  Another trend has been to exclude it from EBITDA.  The reason is often simply that analysts are lazily trying to make accrual profit measures a hybrid between pure accrual and cash flows.

Stock based compensation expense is more complicated in valuation

A more interesting issue is whether stock based compensation should be ignored when valuing companies. Analysts care about EPS because it gives a rough gauge of value.  Specifically, many analysts use price to earnings (PE ratios) to compare companies. The idea being two comparable companies should trade at similar PE ratios. If one of those companies is trading at a higher relative PE ratio it could either be because:

Getting back to our example, let’s assume that the market thought the benefits to future growth due to better engineers is exactly offset by the extra dilution required to achieve it. As a result the share price of the better-hire company didn’t change.

If the stock analyst uses GAAP net income for calculating EPS (i.e. doesn’t exclude SBC), a higher PE multiple will be observed for the better-hire company than the no-SBC company. This reflects the fact that lower current income to shareholders due to dilution from stock based compensation is offset by future growth.  In other words, current earnings are lower, but they will grow a lot more than the higher earnings of the no-SBC company. On the other hand, excluding the SBC from net income would show identical PE ratios for both companies.

So which is better?  When comparing companies that generally have compensation patterns (similar amounts of SBC relative to cash compensation), excluding SBC is preferable because it will make it easier for analysts to see PE differences across comparable companies that are unrelated to SBC. This also helps to eliminate the impact of a company’s accounting assumptions for how it calculates SBC on earnings. THese are the main reasons analysts in the tech space ignore SBC when valuing companies.  On the other hand, when companies have significant differences in SBC (as is the scenario we posed), using GAAP EPS which includes SBC is preferable because it clarifies that lower current income is being valued more highly (via a high PE) for companies that invest in a better workforce.

In a separate post, I wrote extensively on the issue of SBC in DCF valuation, but will summarize here: Most of the time analysts exclude (add back) SBC when calculating FCFs in a DCF and this is wrong.  Analysts will argue that this is appropriate because it’s a non-cash expense. The problem is there is obviously a real cost (as we discussed earlier) in the form of dilution which is ignored when this approach is taken. Indeed, ignoring the cost entirely while accounting for all the incremental cash flows presumably from having a better workforce leads to overvaluation in the DCF.